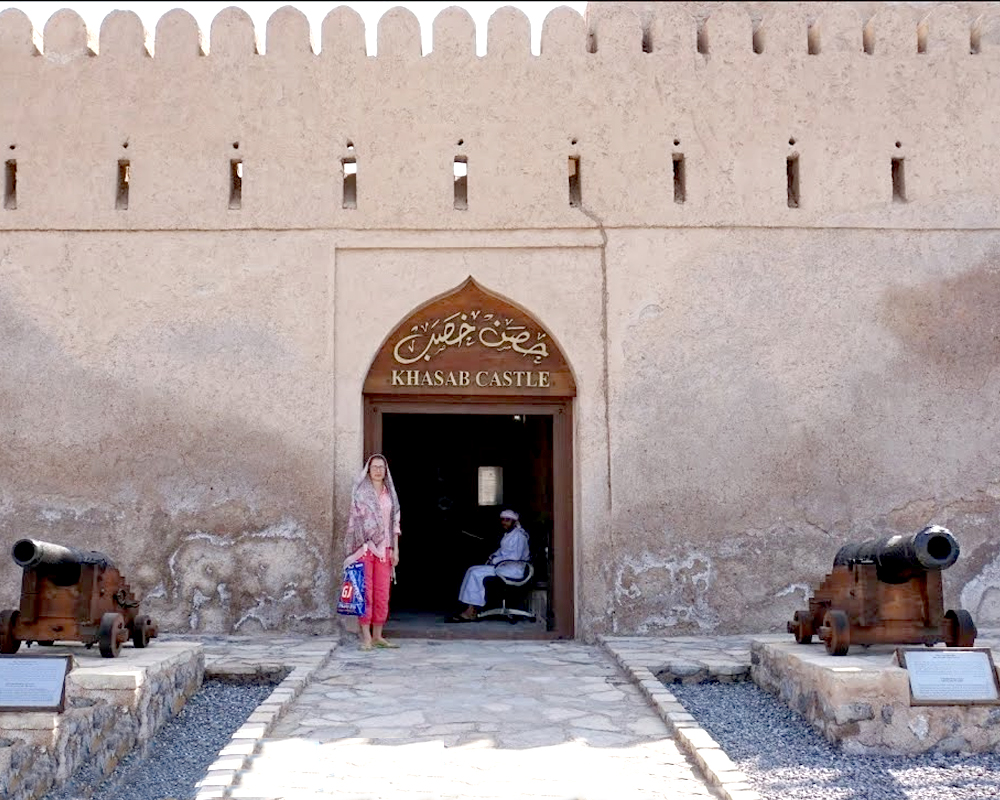 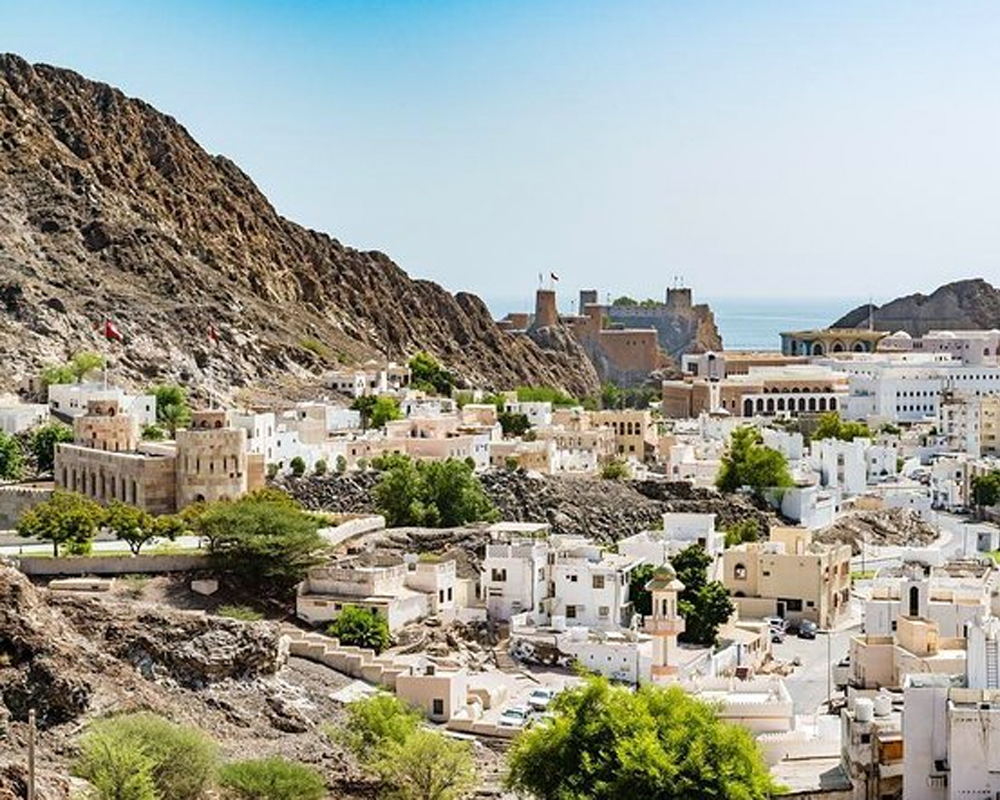 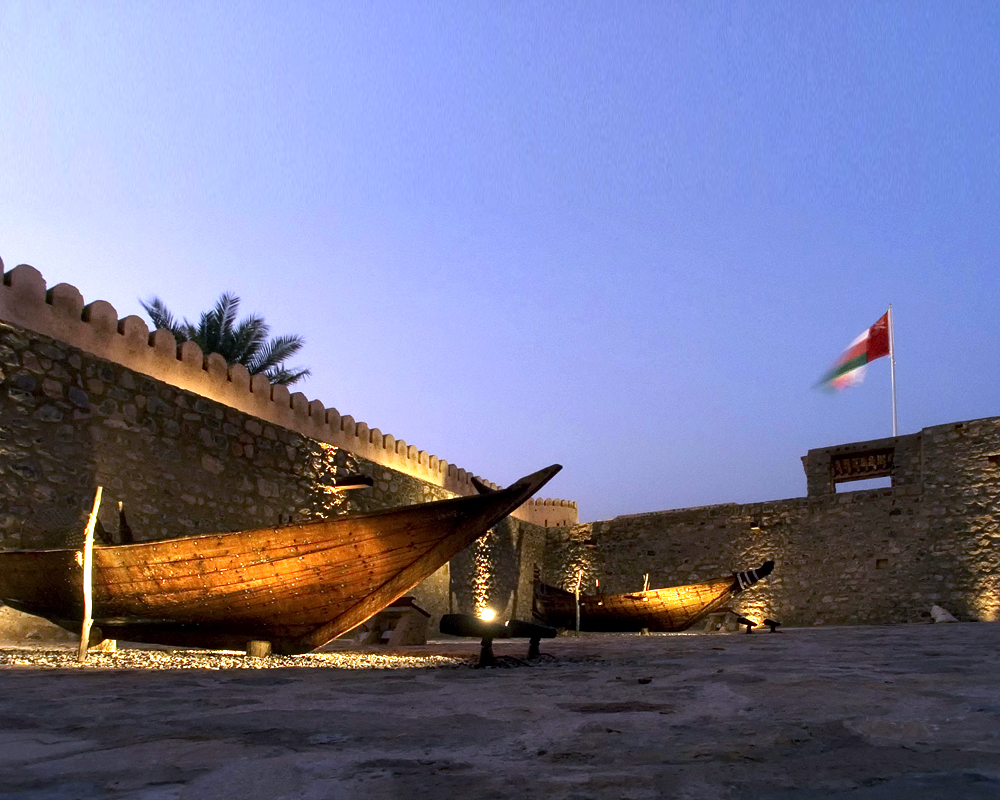 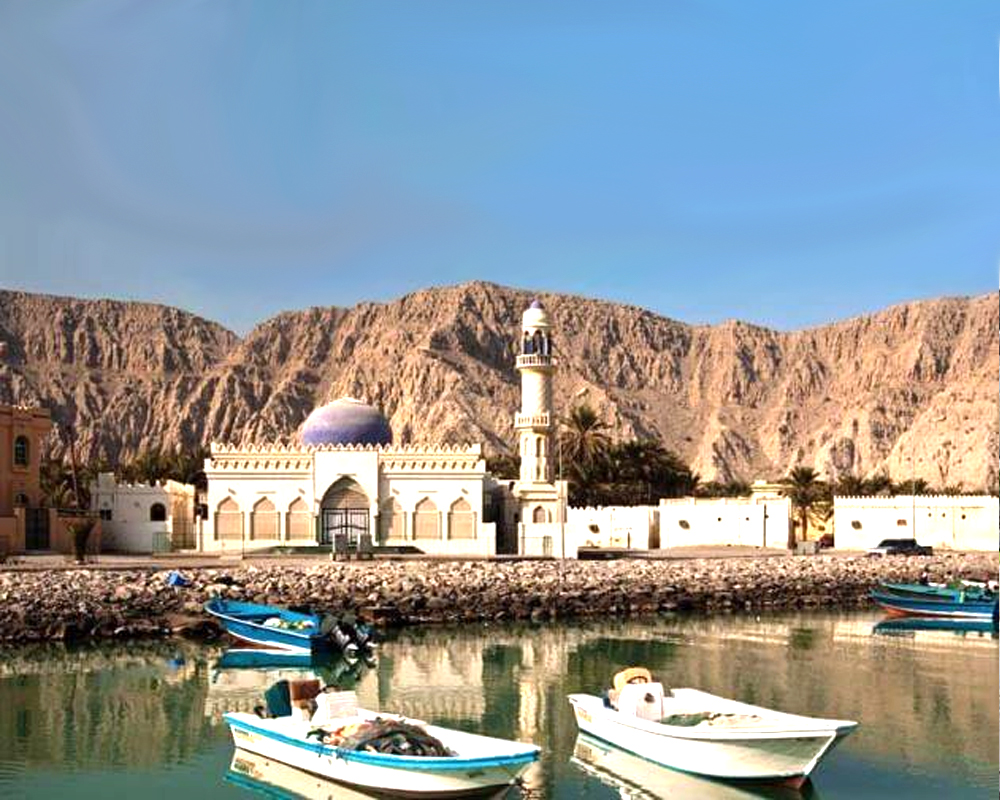 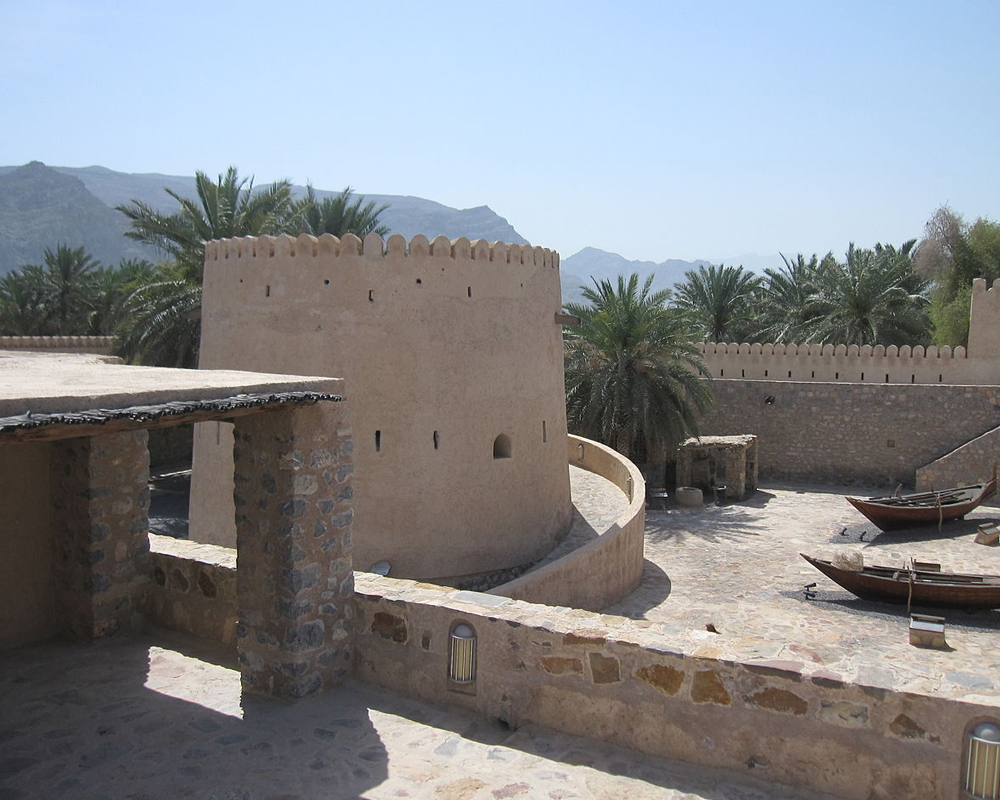 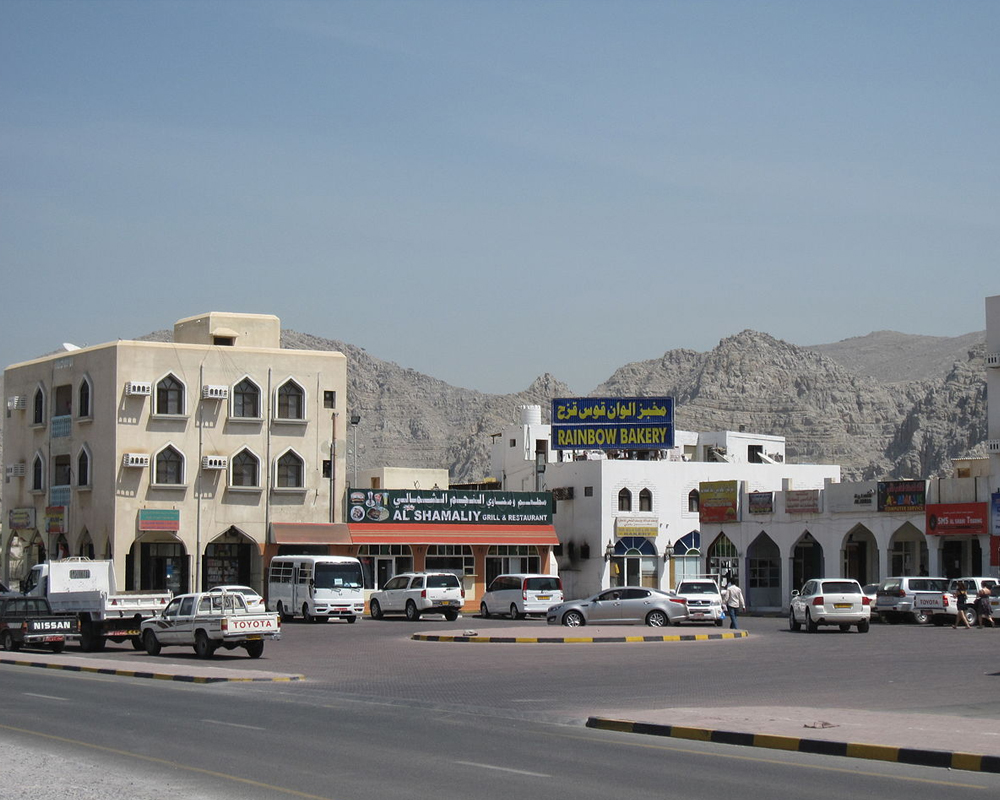 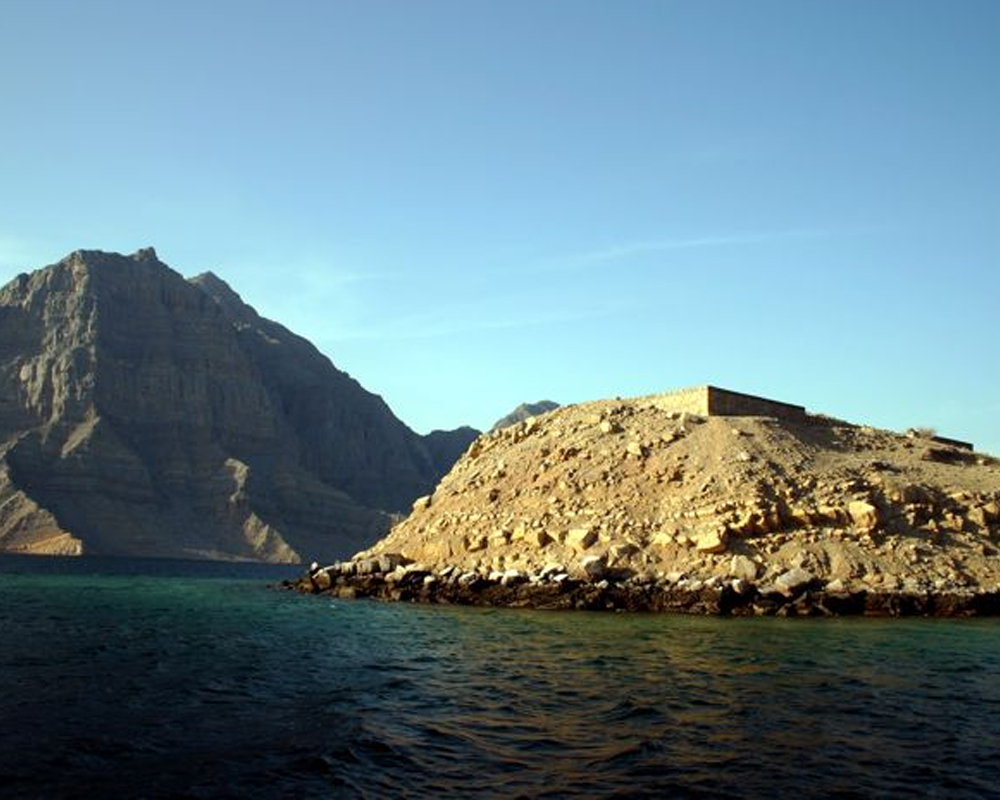 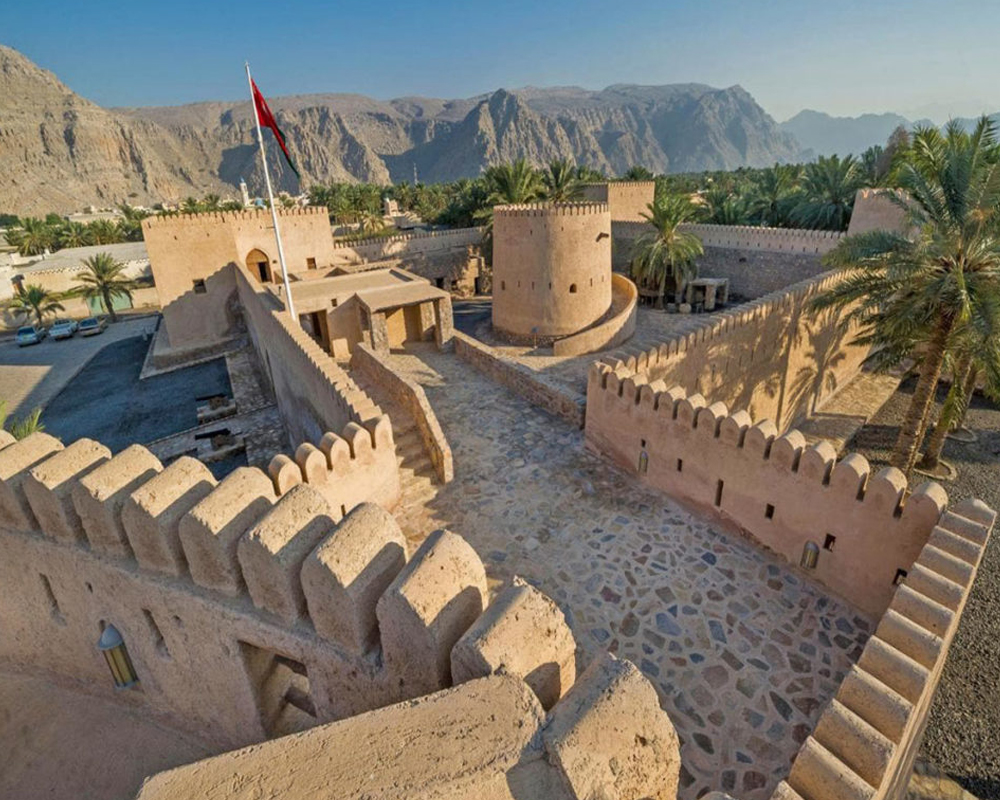 Explore the beauty of the capital of Musandam, Khasab..

Let us find the unique traditions, best places to visit in this calm fishing village and oasis overlooks the Gulf of Arabia and the Straits of Hormuz. The tour starts with visit to the restored Portuguese fort, built by Portuguese in the 16th century which is now a museum full of Omani handicrafts and fascinating historical documents. Visit the town with its old and new souk. Later proceed to neighboring village of Qadah to view the petroglyphs – prehistoric rock carvings – depicting camels, ships and warriors.

Khasab is a port city on the Musandam Peninsula in northern Oman. Our city tour will pass through the city of Khasab with its old and new souk and visit the fortress of Khasab known as the castle of Khasab. The Khasab Fort, built by the Portuguese around the turn of the 17th century, is the main attraction of the city. Unlike many positions, which were based on heights for guarded purposes. Khasab Fort has crenelated stone turrets, wooden pontoons, and an exhibition space displaying handicrafts and archaeological finds.

At the end of our outing, you will visit Wadi Qadah and the old town of Tawi where you will see traditional stone houses, old-fashioned carvings of camels, boats, and warriors, believed to be more than 2000 years old. Drive through the emblematic place of Khasab city with its old city and current new city. Visit the Sultan Qaboos Mosque.

Time for a little walk through the city. Further on, you will visit the stronghold of Khasab, which was exploited by the Portuguese in the 17th century. Then we go to Wadi Qaeda. Towards the end of the wadi in the town of Tawi, you can discover ancient carvings of camels, boats, and warriors, believed to be over 2000 years old. Musandam is divided into four wilayats: Khasab, Bhuka, Dibba and Mudha.

The total population of Musandam is about 27,000 and the capital Khasab has 18,000 inhabitants. Dibba, on the east side of Musandam, has about 5,500 inhabitants. The peninsula begins with Tibet, on the western drift in the Persian Gulf to Daba (Dibba), on the eastern drift in the Gulf of Oman, this riparian area, in addition to many offshore islands, offers a unique contact with nature. Small towns settle along the intricate coastline, most of them just opened up by the ocean, such as Lima and Kumzar.

The rugged mountains rise more than 2,000 meters above sea level. In Arabic, he is known as Ra's Musandam. The Ru'us al-Jibal (The Mountain Peaks), the northernmost point of al-Gharbi al-Hajar (Western Hajar Mountains), encompasses the northern tip of the Musandam Peninsula. The cape is generally about 35 km wide.

The landmass is largely occupied by the Shihuh, who are fishermen and herders and most likely escaped the original inhabitants of northern Oman. Fishing is the main industry on the promontory with press plants in al-Khasab and Bay'ah. The transport usually takes place over the ocean, as there are no streets running through the restrictive landscape.